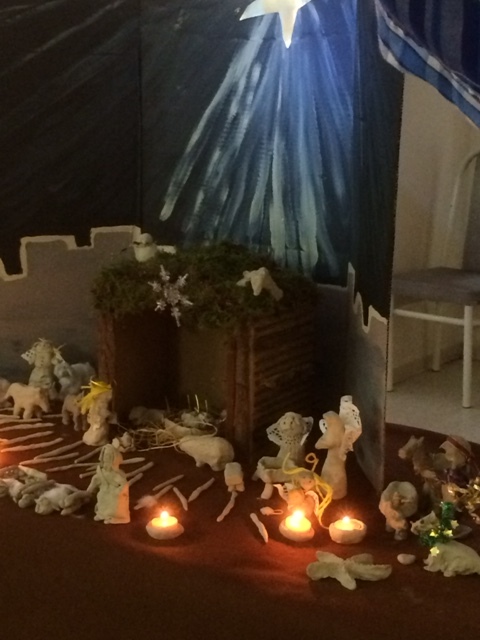 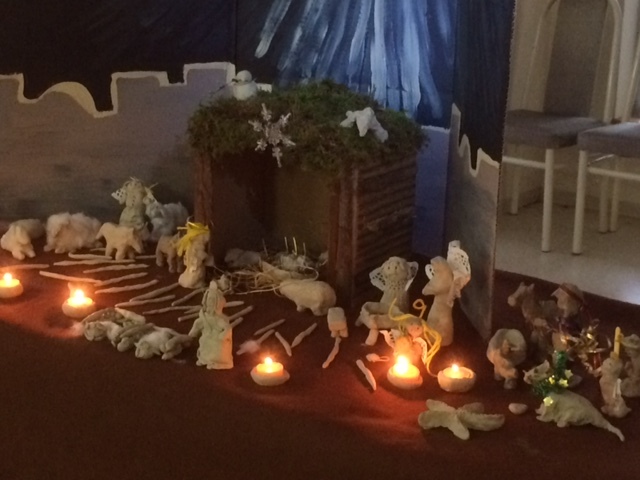 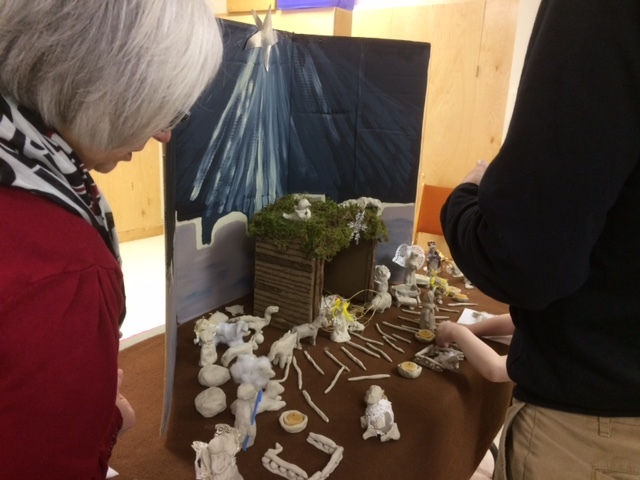 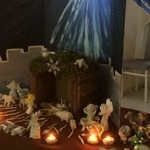 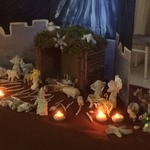 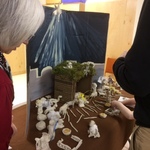 On the fourth Sunday in Advent we had a Snow Day as all along the Sunshine Coast several inches of snow had fallen overnight, creating a winter wonderland. Given the hilly roads and limited snow removal some folk couldn’t make it out to our Clay Nativity. Yet those who did thoroughly enjoyed themselves, making the traditional figures of the Holy Family with sheep and oxen and a host of heavenly angels. Some unusual creations also appeared, such as a stable cat, a mythical dinosaur, and two little trucks. When all was assembled we said some prayers, enjoyed the choir’s rendition of "O, What a Wonderful Gift", listened to the Christmas story and sang some carols. We felt the intimacy of the Spirit in our play and in our prayer. Praise be!